We had a great day on Saturday creating Pinhole photos at Waterrow Village hall as part of the 10 Parishes Festival.

Here are some of the results below, exposures varied between 20-40 seconds. Everyone had great fun! Remember the 10 Parishes Festival is still running and finishes on Sunday 13th September. 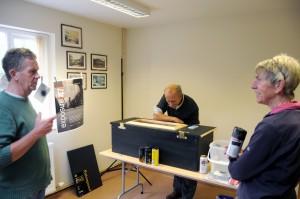 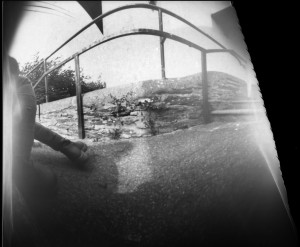 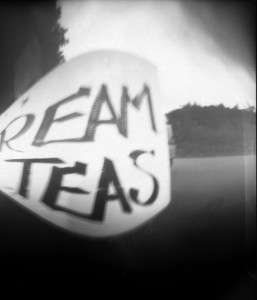 For other pinhole photography check out Justin Quinnell

Just reminder that there is a FREE pinhole photography workshop. Try your hand at some Pinhole Photography (and me 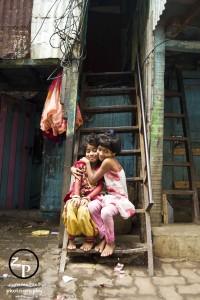 et a group of photographers from Exposure47) on Saturday 5th September. For more info click here

If you can’t make that, come along to Waterrow Village Hall between 11am-6pm from Saturday 5th September to Sunday 13th Septmber. ‘Step back in time! Using early photography techniques Sam will have striking hand-printed black and white prints on display including recent work from living in India. Cards and prints from the West Country and the World will be for sale.’

Keep in touch on social media and our enewsletter.

We would like to invite you to our first art and design theme day on Saturday August 29th in the Arts and Media block at Bridgwater College from 10.30am until 3.30pm. 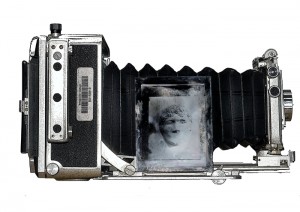 We will be celebrating the bi centenary of pioneering photographer Julia Margaret Cameron’s birth by making portraits using equipment and processes Cameron would have used in the mid Victorian period. Cameron’s art contemporaries will be recognised by interpretive painting and drawing that will run alongside. The growth of interest in retro photo processes is something of a current phenonimum. At Bridgwater College we already include a number of these across our existing provision and are now extending this further especially as part of our adult courses. We look forward to seeing you on the 29th any point during the day as the process will be continuous, and please do bring a friend with you. If you are unable to come please feel free to pass this invitation on to anyone who maybe interested in experiencing a day of live photo history.

Saturday 5th September at Waterrow Village Hall as part of the 10 Parishes Festival.

Experience the simplest form of photography by making a pinhole camera and processing the photo paper in the traditional way. A unique opportunity to create original photographs through a mobile darkroom, work like the photographic pioneers from the 19th century with wet processing on location, then turn your negative images into digital positives using 21st century technology and share them with your friends.

Three workshops will take place on Saturday with groups of 8 people at the Zummerzet photography stand at Waterow Village Hall. 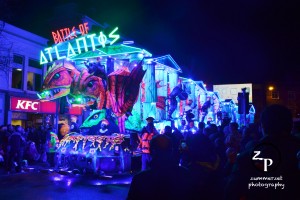 Somerset’s carnivals are world famous, Bridgwater the biggest carnival event takes place on the first Saturday of November each year. It is recognised by most as Europe’s largest illuminated event.  It also is home to ‘Squibbing’ and for more information about the traditions of the carnival click here. Squibbing traditions are thought to go back as far as the 1600’s and on Saturday over 180 people took part in Bridgwater’s Squibbing.

Bishops Lydeard Station had record numbers in its tiny museum, with over 1,000 people attending the ‘Zummerzet Photography’ exhibition, which took place over the last two weeks. The exhibition entitled: ‘Sam Steams back to the Future’ used traditional black and white photographic techniques. On the first Saturday there was even a working darkroom in operation.

The exhibition was a fitting theme for the West Somerset Railway’s Autumn Steam gala (2nd-5th Oct), which marked the anniversary of the closure of Taunton locomotive shed. The ten hand printed photographs document England’s current longest steam railway from a Driver’s perspective in 2014. A number of Steam Engine drivers, who worked out of Taunton in the 1950’s and 60’s, took great interest in this project. They shared many of their stories, from the days of working around Taunton on the trains, with visitors who attended the exhibition.

Sam says ‘I was thrilled with almost a hundred encouraging comments left in the visitors book. I am now looking to produce a book, using more of the photos from the project, which has taken almost a year to document.’

It will be open from 10-4 daily over the last four days, an art exhibition is also at the venue. I look forward to meeting you all then!

Below is a photo captured last week with an old camera. 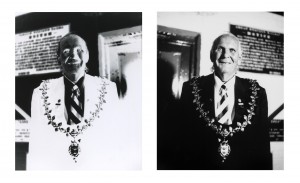 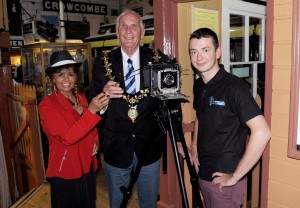 (Above Mayor & Mayoress of Taunton and Sam with the old camera)

Taunton based photographer Sam Burton opened his Somerset Arts Week exhibition at Bishops Lydyard Station with a demonstration of how photographs were made in the early days of the medium. Using a mobile darkroom and an antique bellows camera Sam made what are quite likely to be the first wet processed photographs at the location since the practice was common in 19th century. A photographer would have used a horse drawn wagon as a mobile darkroom and produced images on sensitized paper or glass, as technology progressed the practise died out by the start of the 20th century. Mayor (Dave Durdan) and Mayoress came along to open an exhibition of Sam photographs telling the story of a day in the life of West Somerset Railway engine driver Alan (Alan Dorrington) and to take part in the workshop by having their portraits made and processed. The mayor commented (Its just unbelievable to see this process take place.)

(Mayor of Taunton developed as a negative and converted to a positive ) Some 70 people attended the launch at the small museum and a steam locomotive and the Victorian sleeping carriage were open for tours. 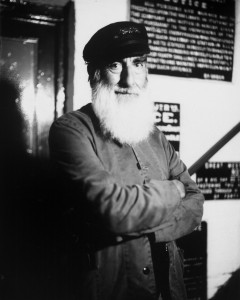 (Alan the driver had his photo taken )

A FULL GALLERY OF IMAGES TAKEN ON FRIDAY AND SATURDAY WILL BE UPLOADED LATER THIS WEEK.

The exhibition is completely free.- Kindly supported by ‘The Golsoncott Foundation’

Follow signs for A358 and once you get to Bishops Lydeard follow the brown signs for West Somerset Railway at Bishops Lydeard, the station is not in the village itself but is off the main road. The exhibition is in the Gauge Museum on platform 1.

More details on www.zummerzetphotography.co.uk and more of Sam’s work at www.exposure47.com

Its been a busy few weeks and we are nearly there… 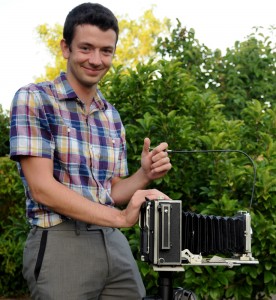 Films have all be developed now and printing is underway in the darkroom, the launch night is being finalised on Friday 19th September at 19:00 and is to be opened by the Mayor of Taunton with a short speech by Paul Conibeare, the West Somerset Railways general manager. Alan, the Steam Driver and Actor will also give a short speech. A steam locomotive and the ‘sleeping coach’ will be available to look around. 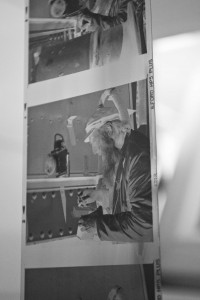 Local press, photographers and local artists have been invited to event, we will also have the mobile darkroom up and running which will also be available for viewing on Saturday 20th. If you are interested in coming on Friday the 19th please get in touch and we will try to squeeze you in! 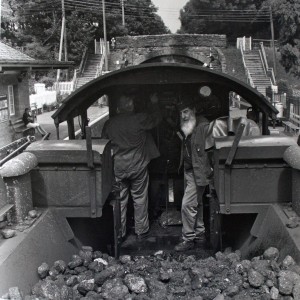 Ilminster Arts Centre will be hosting Creative Photography Exhibition 2014 as showcase of photographic work with examples of diverse and experimental processes. 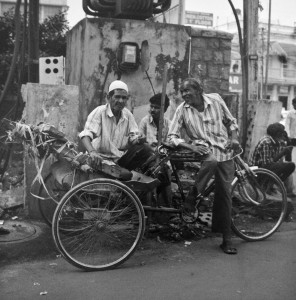 The exhibition will run from August 25th to September 13th open daily. Sam Burton of ‘zummerzet photography’ has three hand printed black and white framed prints featuring some Indian portraits of ‘Downtown Hyderabad’. For more information check our blog . For updates and information follow and like us on Facebook andTwitter

Your friendly photographer – Capture the moment